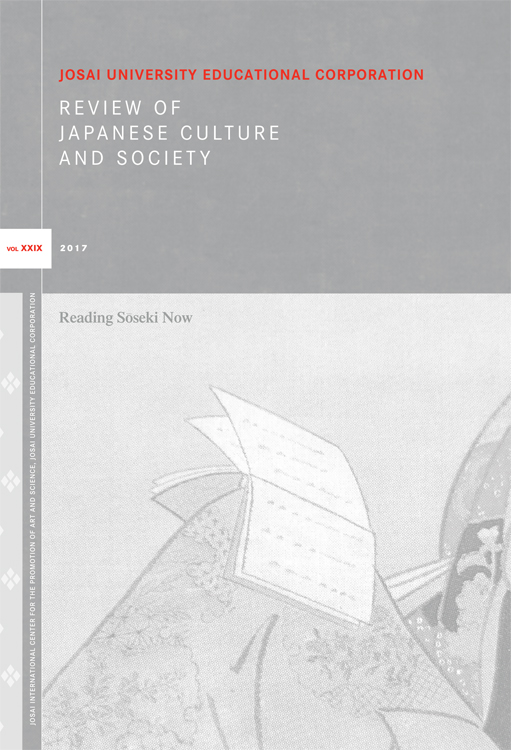 Reading Sōseki Now, a special issue of the Review of Japanese Culture and Society. 2019. 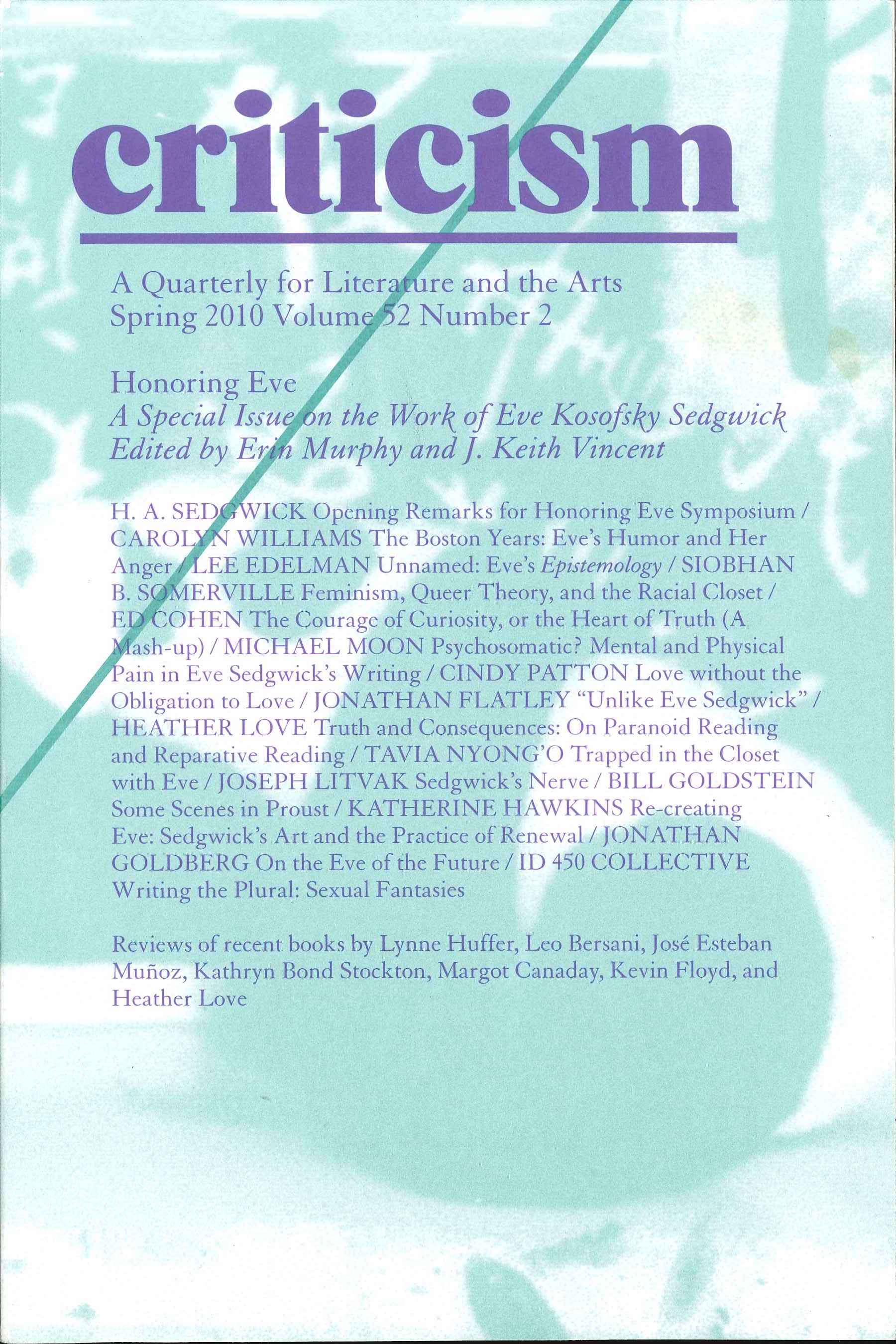 Honoring Eve: A Special Issue on the Work of Eve Kosofky Sedgwick.  Criticism, 2010.

The work of queer theorist Eve Kosofsky Sedgwick has been foundational for my own writing and thinking ever since I read her Epistemology of the Closet in 1991.

This special issue grew out of the event “Honoring Eve: A Symposium Celebrating the Work of Eve Kosofsky Sedgwick,” which I organized with colleagues at Boston University in 2009 in the wake of Sedgwick’s death on April 12 of that year. More than two hundred people came to the symposium from all over the United States and as far away as Spain and Israel.

The videotaped proceedings of the symposium, as well as recordings of most speakers in the Eve Kososfky Sedgwick Memorial Lecture, held annually since 2010,  are available at  www.bu.edu/honoringeve.

How did nerves and neuroses take the place of ghosts and spirits in Meiji Japan? How does Natsume Soseki’s canonical novel Kokoro pervert the Freudian teleology of sexual development? What do we make of Jacques Lacan’s infamous claim that because of the nature of their language the Japanese people were unanalyzable? And how are we to understand the re-awakening of collective memory occasioned by the sudden appearance of a Japanese Imperial soldier stumbling out of the jungle in Guam in 1972?

In addressing these and other questions, the essays collected here theorize the relation of unconscious fantasy and perversion to discourses of nation, identity, and history in Japan. Against a tradition that claims that Freud’s method, as a Western discourse, makes a bad ‘fit’with Japan, this volume argues that psychoanalytic reading offers valuable insights into the ways in which ‘Japan’ itself continues to function as a psychic object. By reading a variety of cultural productions as symptomatic elaborations of unconscious and symbolic processes rather than as indexes to cultural truths, the authors combat the truisms of modernization theory and the seductive pull of culturalism. This volume also offers a much needed psychoanalytic alternative to the area studies convention that reads narratives of all sorts as “windows” offering insights into a fetishized Japanese culture. As such, it will be of huge interest to students and scholars of Japanese literature, history, culture, and psychoanalysis more generally.