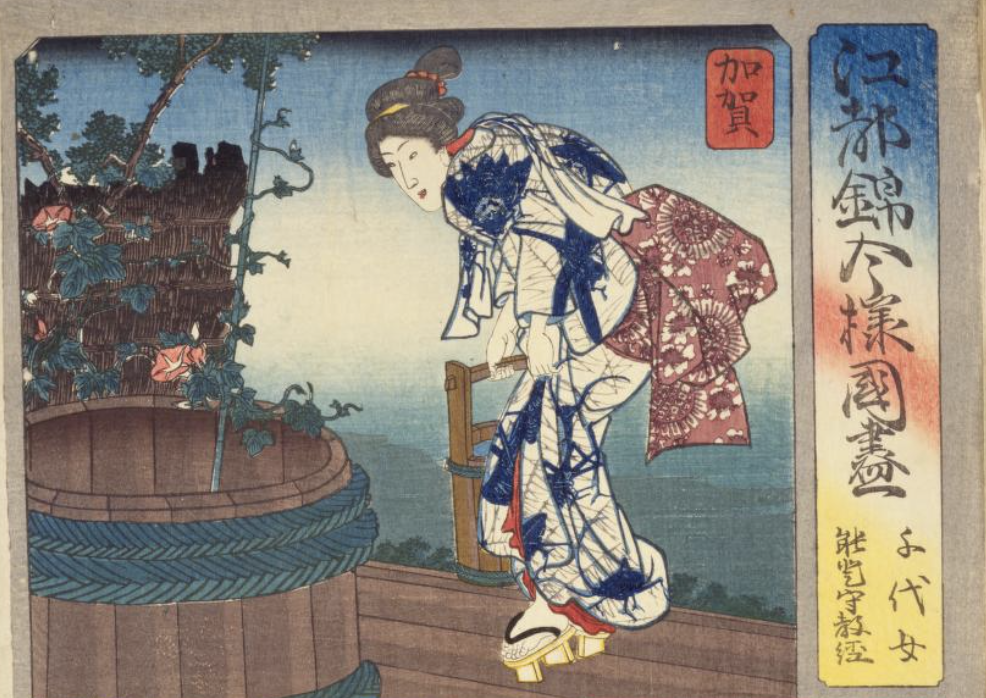 Lydia Davis says that while translating the first volume of Proust she began to notice “how he was incorporating alexandrines into his sentences or building parallel structures, with liberal use of assonance and alliteration…” As a result, “…a single sentence would thus sometimes require the sort of writing and rewriting, fiddling and refining, that might have gone into translating a piece of verse (Davis, Essays Two, 2022).”

This will not surprise any reader of Proust. His prose is always threatening to turn into poetry. But it’s not just French poetry. Having haiku on the brain while reading Proust, I keep noticing what might be called “found haiku,” in his pages: passages that when lifted out of context, could work perfectly well as haiku, give or take a few syllables.

In Volume Two, at the seaside hotel in Balbec, the narrator is captivated by dramatic views of the sea. But he also “…tried to find beauty in the most ordinary things (613).” At one point he lingers in the hotel dining room after lunch, looking at the objects on the uncleared table as if at a still life painting, contemplating:

of the knives lying across

As the description continues, the phrases that follow form two links in a painterly linked verse:

of a discarded napkin…

into which the sun

Of course, Proust being Proust, the list of objects on the table goes on for much longer.  In Moncrieff’s English, the sentence from which I have plucked these found haiku extends over 210 words.  That’s short for Proust.

And yes, admittedly, the world’s shortest poetic form may seem fundamentally incompatible with one of the longest novels in the world. And yet, syllable and page counts aside, Proust and haiku do share a basic stance. They both push language to the limit of its descriptive powers to make you feel something essential about reality.

When Marcel sees the footman of the Princesse de Luxembourg coming into the hotel with  “the most amazing armful of fruit” and wonders  to himself “…for what princely traveller, sojourning here incognito” they could be intended,” he describes them, haiku-like, via juxtaposition with the seaside landscape and the weather.

Here are plums as…

“glaucous, luminous and spherical as was at that moment the circumfluent sea…

…transparent grapes clustering on the shriveled wood, like a fine day in autumn…

[and] pears of a heavenly ultramarine….”

In the first volume, Marcel happens to drop in on his uncle Adolphe when the latter is receiving a visit from a courtesan. Much later we  realize she was Odette de Crécy, who will go on to marry his parents’ friend Swann and figure prominently in the novel. Marcel’s parents never forgive Adolphe for introducing him to such a disreputable woman. But little Marcel is enraptured by her beauty when he first sees her:

in a pink silk dress

with a great necklace of pearls

sat a young woman who was

I have broken these lines into an almost perfect 31-syllable tanka here, but they are more haiku-like in their descriptive focus; tanka typically have some subjective or emotional element. The mention of the tangerine also amounts to another haiku-like juxtaposition. That fruit she is “just finishing” conveys more about Odette’s beauty and sensuality from Marcel’s perspective than any direct description could. As Proust writes in the final volume, sounding like a haiku theorist, “truth will begin only when the writer, comparing similar qualities in two sensations, makes their essential nature stand out clearly by joining them, in order to remove them from the contingencies of time….”

Women are often juxtaposed with fruits and flowers in Proust in ways that are reminiscent, to me at least, of Japanese poetry. After she has married Swann, Odette manifests as a flowery goddess:

“Suddenly, on the gravelled path, unhurrying, cool, luxuriant, Mme Swann would appear, blossoming out in a costume which was never twice the same but which I remember as being typically mauve; then she would hoist and unfurl at the end of its long stalk, just at the moment when her radiance was at its zenith, the silken banner of a wide parasol of a shade that matched the showering petals of her dress.”

Proust might have known some haiku. Paul-Louis Couchoud, who first introduced haiku to France in a volume published in 1908 with the title, Les Épigrammes lyriques du Japon was close friends with the novelist Anatole France, the model for Proust’s fictional novelist Bergotte in À la recherche. Couchoud was also the executor of the will for Count Robert de Montesquiou, a friend of Proust’s and a model for the Baron de Charlus. Given these connections and Proust’s well known Japanophile tendencies, it would not be surprising if he had read this volume and known something of haiku. But even if he did not, there is something undeniably haiku-like in his prose, perhaps simply because he was attuned to the world in a way characteristic of many haiku poets.

Sometimes, the passages I notice are not just “haiku-like,” but seem to unfold and elaborate on an image familiar from a haiku. For example, I thought of Basho’s famous poem:

…when I read this gorgeous description of a towering mass of clouds over the sea at Balbec:

“Over the sea, quite near the shore, were trying to rise, one beyond another, at wider and wider intervals, vapours of a pitchy blackness but also of the polish and consistency of agate, of a visible weight, so much so that the highest among them, poised at the end of their contorted stem and overreaching the centre of gravity of the pile that had hitherto supported them, seemed on the point of bringing down in ruin this lofty structure already half the height of the sky, and of precipitating it into the sea.”

At other times, Proust lends new meanings to old haiku.

I’ll end with one example I ran across just last week.

The first chapter of Proust’s fourth volume, Sodom and Gomorrah, opens with a long section describing the lives and habits of homosexuals, told in the language of botany. At one point, discussing the immutability of sexual orientation, the narrator describes a young man who has a mistress but who loves men, making him what Proust calls, in his quaintly outmoded sexological language a “man-woman.”  This young man’s mistress may try to keep him away from men, but there is no way to change his nature. She “…may castigate him, may lock him up, but next day the man-woman will have found some way of attaching himself to a man, as the convolvulus throws out its tendrils wherever it finds a pick or a rake up which to climb.”

The story gives a whole new meaning, I thought, to this famous haiku by the woman poet Kaga no Chiyo (1703-1755), here in my wordy translation:

is wrapped in convolvulus this morning

I guess I’ll borrow water from the neighbor’s.

(Thanks to Janine Beichman and to my partner Anthony Lee for their helpful input on an earlier draft of this piece.  The image is an illustration of the convolvulus poem taken from Utagawa Kuniyoshi, Edo-nishiki, Ima-yō kunizukushi, held in the Diet Library).