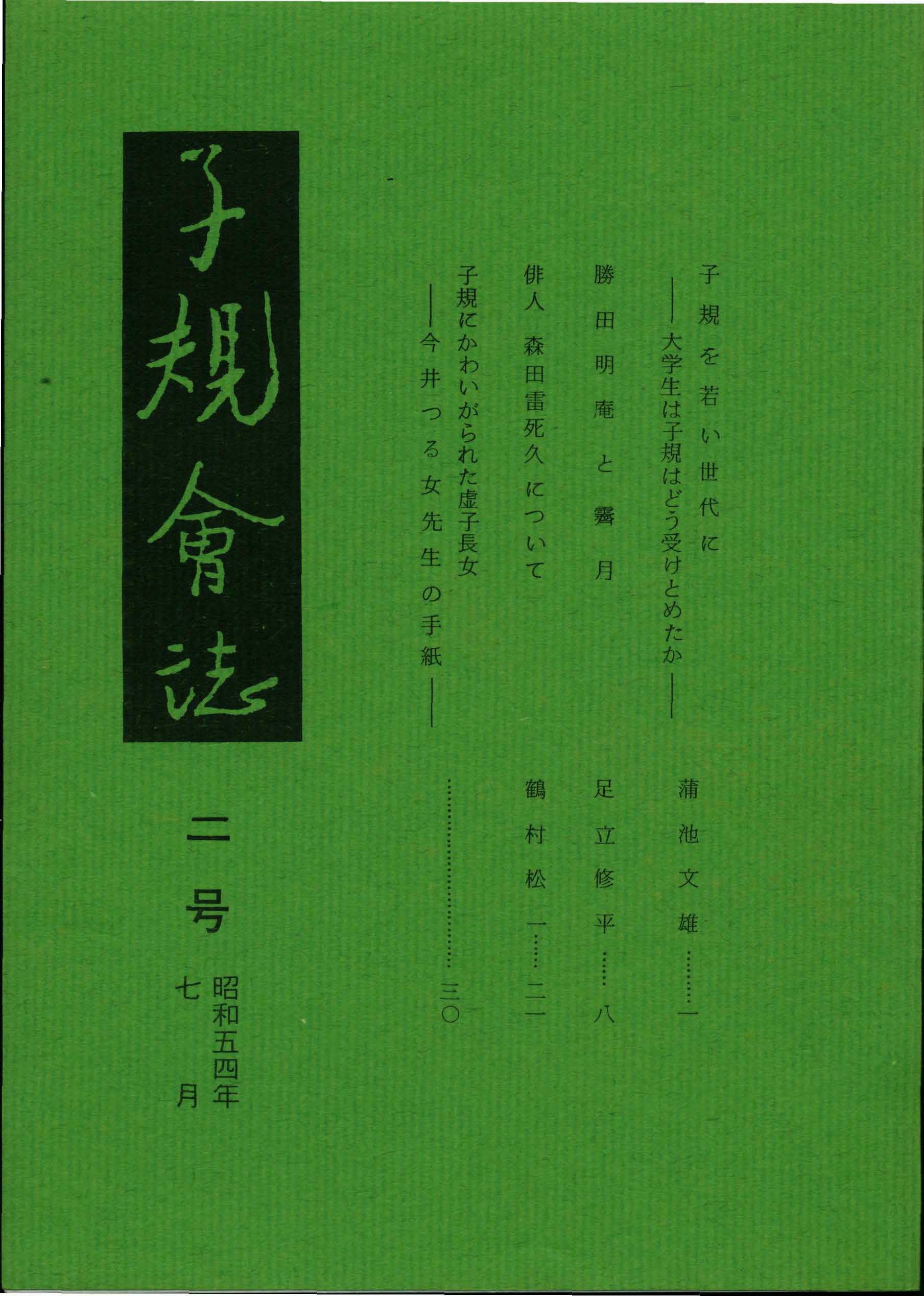 The Shiki kaishi (子規会誌) is the official journal of the Matsuyama Shiki Society (松山子規会) whose members study and promote the work of Masaoka Shiki (1867-1902), a major figure in the development of the modern haiku and Japanese literature more broadly. It has been published continuously on a quarterly basis since April, 1979, and contains hundreds of articles on Shiki and his circle, including such figures as Natsume Sōseki, Takahama Kyoshi, Kawahigashi Hekigotō, and Naitō Meisetsu. The journal also features reviews of books on Shiki and bibliographies of Shiki scholarship. With the permission of the Society’s membership, my former student Rebekah Machemer and I have made its contents available and searchable on the Boston University digital repository (“Open BU”). (Click on the cover image to access). 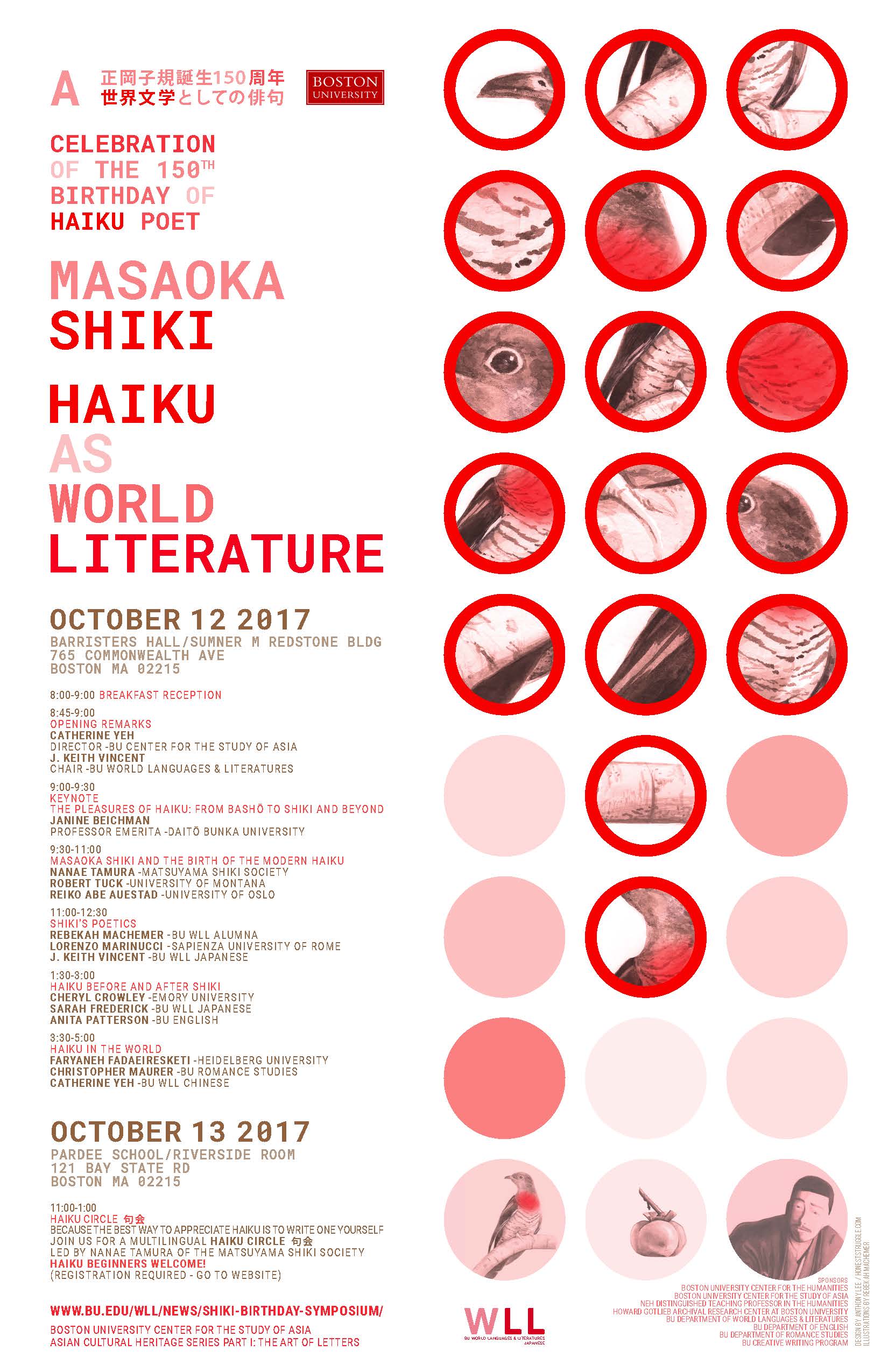 The Pleasures of Haiku: from Bashō to Shiki and Beyond: Professor Janine Beichman’s keynote lecture for a conference I organized in 2017 to celebrate the 150th anniversary of Masaoka Shiki’s birth. It’s a wonderful introduction to the form. Click the poster image to listen.

Here is a précis of Janine’s lecture:

“Haiku is a ‘globe-trotting’ form now, but a little more than a century ago it was moribund and about to die out. Masaoka Shiki and his group of dedicated fellow poets revived it. The how of haiku’s rebirth is pretty well mapped out—Shiki’s brilliant essays in defense of the form, which argued so compellingly for its right to be called literature in the modern sense, and the poetry of Shiki and his friends, which demonstrated persuasively that haiku could express the thoughts and feelings of modern people. In contrast, the why is not so clear. That is, why was haiku able to inspire the solicitude and the loyalty of Shiki and his friends? What is it about the form and its traditions that fired them with such passion? Whatever it was, it is still there today. One of the things that reading haiku teaches us is that there are many ways, to borrow from Wallace Stevens, to look at a blackbird, or, in this case, haiku—not just a particular poem, but the form itself. In preparing this keynote, I knew the twenty or so haiku I wanted to talk about but I was not sure of the most effective order to arrange them in. As I played around with that, I began to see them in a new way, through the prism of two sets of complementary qualities: mindfulness and imagination on the one hand, lightness and stickiness on the other. Both have to do with the generosity of haiku and I think it may be this quality, a kind of generosity in the form itself, that spells the why.”